The first evacuated tube invented by Joseph Kleiner was called Evacutainer. BD hired Kleiner as a consultant for the product and changed the name of his tube to Vacutainer®.

Prior to the invention of an evacuated tube system, before collecting blood, solutions for the additive tubes like EDTA and citrate were prepared and dispensed into test tubes for blood anticoagulation. Then, to identify the proper draw volume, the laboratory used to etch lines in the borosilicate glass tubes. The phlebotomist would collect blood specimens with needles and glass syringes. After collection, the blood would be transferred into a series of test tubes and sealed the tubes with black rubber stoppers for transportation of the specimens to the laboratory. For electrolyte measurements, mineral oil was added to the tubes to prevent loss of CO2. For serum specimens, wooden applicator sticks were used to loosen the clot from the tube walls (Franklin Lakes, 1996).

The shortcomings of these techniques were numerous. The patients were subjected to the ordeal of multiple needle entries to the vein. The errors during the collection and transfer process and the safety risks were unavoidable (Franklin Lakes, 1996).

The introduction of vacuum blood collection systems marked an era of greater safety, easy handling, speed, and accuracy in blood-to-additive ratios. During blood collection with evacuated tubes, one end of the needle entered the patient’s vein; the other end penetrated the rubber stopper as the tube was pushed into the open end of the holder. The vacuum enabled the tube to fill with the appropriate volume of blood.

Initially vacutainer tubes were packaged and shipped in vacuum tins similar to coffee cans. This was a breakthrough at the time because previously, a heavy clamp was used to prevent the stoppers from popping off during autoclaving (Franklin Lakes, 1996). However, now there are regulatory agencies and guidelines that ensure the consistency in the design and manufacture of blood collection systems like Food and Drug Administration (FDA); International Standardization Organization (ISO); and Clinical Laboratory Standards Institute (CLSI); The Medical Device Amendment (1976) and the Safe Medical Devices Act (1990).

Vacutainer tubes have found wide recognition due to their functional ease. The venipuncture protocol employing a syringe requires elaborate preparations for blood sample analysis in terms of addition of appropriate additives into the tubes that carries more risks of sampling and analytical errors.

Vacutainer tubes have a color-coded plastic cap. The color code of the caps indicates the blood additives the tube contains. Additives are chemical substances that preserve the blood for processing in the laboratory.

The additives include anticoagulants like EDTA, Sodium citrate and Heparin. Some vacutainer tubes have a gel that has an intermediate density between blood cells and the serum. During centrifugation of these gel containing tubes, the blood cells sink to the bottom of the tube and are covered by a layer of the gel leaving the serum on top. When plasma containing blood platelets is required for analysis a vacutainer that does not contain gel or a clotting agent is used and centrifuged. The color code has a standard protocol and hence, finds universal application across the medical domain.

The Order of Draw:

As mentioned earlier, vacutainer tubes facilitate multiple blood suctions and the needle that pierces multiple tubes may carry additives from one tube into the next that hamper the blood analysis. Hence, there is need for a standardized sequence for such multiple suctions to avoid cross-contamination of additives. The Order of Draw is a term that refers to a standard protocol that has been developed for the sequence in which these tubes should be filled.

Recent trends in vacutainers include tubes made up of polyethylene terephthalate and use of various types of blood collection needles. Vacutainer tubes of recent introduction are made of a special formulation of the plastic, polyethylene terephthalate that is extremely strong, dimensionally stable, and resistant to chemicals and breakage. The manufacturers specify that all non-gel blood collection tubes, including those that contain heparin, EDTA and non-gel serum tubes can be centrifuged at ≤1300 RCF for 10 minutes. There are also tubes that should be spun at room temperature at a speed of 1000 to 1300 RCF for 10 minutes in a swinging bucket centrifuge and 15 minutes in a fixed-angle centrifuge.

These recent tubes are coated with silicone and micronized silica particles to accelerate clotting. A silicone coating reduces adherence of red cells to tube walls. The silica coating can sometimes cause the inner tube wall to appear cloudy and/or filmy. This cloudy appearance does not make the tubes unacceptable for use. Most Tubes are packaged 100 tubes/box and 1,000 tubes/case (10 boxes). The expiration date on the tube label is stated as a month and year. The tubes expire at the end of the month that is stated on the label. Vacutainer blood collection tubes have a sterile interior. Tubes are sterilized by gamma radiation (Wayman, 1994).

These tubes are under a specific negative pressure. During the re-sterilization cycle this negative pressure may be disrupted and therefore the tubes may not draw the proper blood volume. Thus, these tubes are sterile on the interior only. The manufacturer does not recommend re-sterilizing the tubes with ethylene oxide or autoclaving, due to pressure changes that take place during the re-sterilization cycle. Some manufacturers do offer a sterile peel-apart pouch that contains a 10 mL glass red top serum tube and 7 mL glass lavender top EDTA tube. 3mL and 6mL plain tubes with no added additives used as discard tubes are also available and find utility when drawing blood directly from an indwelling line or catheter. The tubes should be stored at 4-25’C (39-77’F) and requires inversions after a draw. An inversion is one complete turn of the wrist, 180 degrees, and back.

Tubes should be inverted according to the following recommendations of the manufacturer:

The market is recently flooded with vacutainer tubes that contain a closure that has a unique rubber stopper. It is recessed within and covered by a plastic shield to help protect laboratory personnel from contact with blood on the stopper or around the outer rim of the tube. The tube closure also helps prevent blood from splattering when the tube is opened.

The gel is composed of inert components, which are part of a polyester-based proprietary formulation. The silica particles that coat the walls of the tube are actually the clot activators. Initial activation occurs when blood enters the tube and contacts the particles on the tube wall. To continue the activation process, it is necessary to thoroughly mix the blood and particles by inverting the tube five times.

The coating process creates a film on the tube surface that appears white and slightly cloudy. The tubes are fine to use. However, it is important to remember to invert the SST™ Tube at least five times after filling. This ensures adequate mixing of silica particles with the blood, which is required for optimal performance.

Serum Separation Transport Tube are tubes that contain double the amount of gel compared to the regular tubes. This provides a thick barrier that remains intact when tubes are transported, thereby maintaining the quality of the sample for the lab analysis. It is intended for use primarily when specimens are collected and centrifuged in physician laboratories or other remote collection stations, and then transported back to the laboratory for analysis.

EDTA stands for Ethylenediaminetetraacetic acid. EDTA functions by binding calcium in the blood and keeping the blood from clotting. The nominal EDTA concentration is 1.8mg EDTA per milliliter of blood. Most recent Blood Collection Tubes contain K2EDTA, which is spray-dried to the walls of the tube. K2EDTA is recommended by the CLSI (CLSI guideline – Evacuated Tubes and Additives for Blood Specimen Collection-Fifth Edition H1-A5, 2003) and the ICSH (International Council for Standardization in Hematology).

Glass blood collection tubes contain K3EDTA, the liquid form of EDTA. K3EDTA is a liquid and will dilute the sample ~ 1-2%. K2EDTA is spray-dried on the walls of the tube and will not dilute the sample. K2EDTA Tubes are intended for routine immunohematology testing, including red cell grouping, Rh typing and antibody screening. The minimum and maximum acceptable blood volumes should be established by each facility, to ensure that accurate hematology results are obtained. Blood Collection Tubes are designed to draw the appropriate volume to ensure a proper blood to additive ratio (Antignani et.al, 2001).

Sodium citrate tubes are designed to yield within ± 10% of the stated draw volume on the label of the additive tube throughout the entire shelf life. CLSI recommends that sodium citrate tubes be spun at 1500 RCF for 15 minutes to achieve platelet poor plasma (platelet count < 10, 000) and accurate coagulation test results. The etched fill indicator on the plastic citrate tubes indicates the minimum acceptable blood volume in the tube. Automated instruments require an average of 100 µl per test for PT and APTT, 50 µl for Fibrinogen, and 20 µl for Factor Assays.

Heparin is derived from porcine intestinal mucosa. The green top heparin tubes contain either the lithium or sodium salt of the heparin anticoagulant. Lithium heparin should not be used for lithium determinations. All of the heparin is spray-dried on the wall of the tube. Prior to April 1, 2010, the heparin concentration has been approximately 15 USP units of heparin per milliliter of blood. The USP is not equivalent to the International Units (IU). The IU is 6.4% greater than the USP. As of April 1, 2010, if a sodium or lithium heparin tube has a capital N superscript alphabetic character following the word Heparin (i.e.HeparinN), the USP and IU are equivalent. A numerical change in the number of USP Activity Units as a result of the harmonization to the WHO International Standard is displayed. When the Sodium Heparin tubes are filled to the proper volume, the sodium results will only be 1 to 2 mmol/ mL higher (Bush et.al, 1998).

SPS tubes are used for blood culture specimen collection in microbiology. Eight gentle tube inversions are recommended to prevent blood clotting. The blood can remain in the SPS tube for two to four hours before it being transferred to a blood culture bottle.

Vacutainer tubes are simple, easy to use, and safety-engineered. The safety mechanisms after the blood draw helps protect against needlestick injury. The tubes are also offered with a pre-attached holder for added convenience and to help ensure OSHA single-use holder compliance. 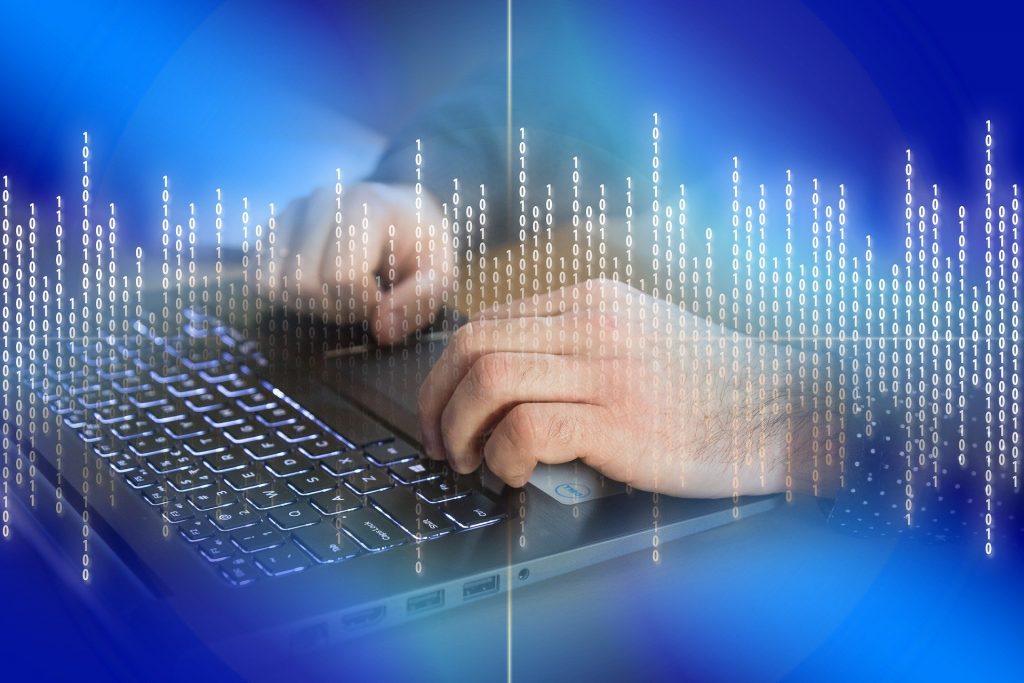